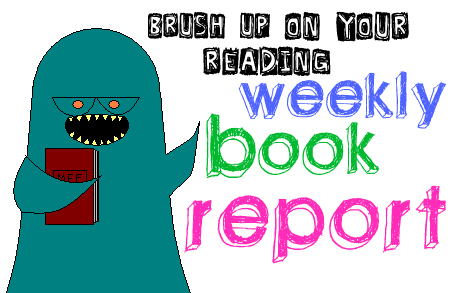 First week of 2011:  Done!  Hi everybody, it's time to do a recap of the first-ever fabulous week of 2011 and if you ask me to describe it in one word:  Totally Rockin'.
Okay, so that's two words.  I should have said describe it in two words.  Sorry. :D
But you know, that's my point.  The excitement of the first week of this new year is so terrific you can't contain its awesomeness in just one word!  And although it's not perfectly perfect every second, I have this belief that if you feel awesome the first week of the year, you get awesome the whole year so that's what I'm doing.  But that's not to say there wasn't really anything great that happened - there were TONS of it like you wouldn't believe!  I can't share most of them because there wouldn't be enough space on here to write them all down, but with regard to this book blog, here are some of the great things that made 2011 fantastic so far:
New Books!
Purchased:
Printed:
Close-Up by Sherry Ashworth
Wuthering Heights by Emily Bronte - because I'm going to keep my promise to read those books I listed on this week's 10 Good Things on a Monday.
The Sweetheart Season by Karen Joy Fowler
Me, Dead Dad, and Alcatraz by Chris Lynch
Ebooks:
Naomi and Ely's No Kiss List by Rachel Cohn and David Levithan
Seducing Mr. Darcy by Gwen Cready
Forget You by Jennifer Echols
The Duff by Kody Keplinger
For Review from NetGalley:
This Girl is Different by JJ Johnson
Books Reviewed:
After by Amy Efaw
I, Emma Freke by Elizabeth Atkinson
The Fates Will Find Their Way by Hannah Pittard
Tokyo Cancelled by Rana Dasgupta
Somebody Else's Daughter by Elizabeth Brundage
Upcoming Review:
Prom by Laurie Halse Anderson - I'm supposed to write it now but I can't seem to organize my thoughts about it so I'll give it another day.
Memes:
10 Good Things on a Monday - Must-read books I have never read EVER
Teaser Tuesdays
Third Sentence Thursday
Follow Friday
Miscellaneous Posts:
A Heads Up on Changes for 2011 - Discussed some changes on my review format for the book info and for the rating - ARGH is now prominently featured as the one giving the scores.
Guess What? Richard L. Mabry, M.D. the author of Diagnosis Death commented on my book review of his book.  Not a big deal but got very excited about it.
Nina vs. ARGH - A discussion of which book cover for Dash and Lily's Book of Dares - US or Aussie - readers favor.
Be A Newbery Blogger - About joining The Newbery Project in reading and reviewing Newbery Medal awardees.
Currently Reading:
Close-Up by Sherry Ashworth
In Office Hours by Lucy Kellaway - ARC from NetGalley