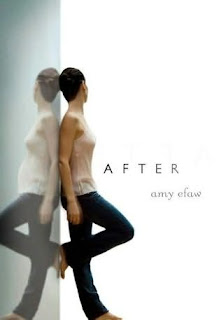 I had mixed feelings when I finished reading this book.  So before I did my review, I looked around the internet to find other helpful reviews in order to help me put my mind on track.  Reading through several articles, I understand that this book received mixed reviews.  I also understand that most of the negative reviews say that this book was more like an episode in Law and Order:  SVU, or that this book had too much dialogue, and the plot was good, but execution was horrible.  Having read this book, I think I know where those negative feedback were coming from, but I tend to disagree about this book being not much of a good read.  Getting this book, I knew up front what I was going to face:  Heavy issues and of course, heavy emotions.

While browsing through the bookstore, this book caught my attention because of its attractive cover, and then it kept my attention because of the synopsis:  This Devon girl was the driven athlete, exemplary student - an all-around perfect teenager.  But her seemingly perfect life was halted when she was found bleeding all over her living room sofa, and a newborn baby discovered in the trash near their home.  Suddenly, her life full of bright futures does not seem too bright at all as she was charged with attempted murder.  The second I read that, I was like, Wow something with psych stuff again!  You know how crazy I am about books with some heavy issues and psychological problems, so getting this book was definitely in the bag.

If the author were to write a completely comprehensive story focusing on neonaticide, a mere 368 pages would not suffice.  I do note, however, that the author certainly performed impeccable research on her desired topic.  The legal aspects, psychiatric viewpoint, and every last detail was covered.  But as I see it, focusing mainly on the 'dumpster baby' phenomenon is not her aim.  What I think she wanted to do is to write a story about what hypothetically goes on inside a young woman's - who gave birth and threw out her baby in the trash - mind.  Other readers said the book was mostly dialogue and too introspective, but that's exactly the point:  When you watch the news on television and teenage girls claim that they really have no idea they were pregnant until they gave birth, your initial remark would probably be:  "She's lying," "She can't be serious!" or "No way she's telling the truth!  She's saying she never felt any pregnancy symptoms? What a stupid alibi."  But really, how can we be sure that they are not telling the truth?  If you read this book, you'll observe that most of the story goes on in Devon's head, because that's where the real story occurs:   Her thought process all throughout pregnancy, while giving birth, and after - especially after - giving birth and doing away with the baby.
Devon is actually the perfect study of a teenage-baby-throwing-mom (in the interest of brevity, and for my fingers' sake, I will now refer to perpetrators of these dumpster babies as 'DBP').  The factors that may influence a girl like her to think and decide the way she did are written on her character:  Immature and 'slutty' mother who was never there, always left alone in the house, lack of confidence for her support system, and a perceived notion that she needs to be 'unlike her mother.'  So when people complain that they cannot feel sympathetic towards Devon, it's understandable, because you don't like a DBP in the first place.  But once understanding those factors, and what goes on in Devon's head - once you understand the whole story, it's difficult not to feel anything for Devon.  Difficult not to have even a little compassion for what she just went through.
As for the opinion that the characters were mere 'caricatures' I beg to disagree.  The characters are as human as they can be.  We can relate with each of them on certain levels,  and they even have their own quirks and their individuality is very emphasized.
As for the ending, which may be quite disappointing and is actually the biggest reason why most reviews were negative, I think it is disappointing because it left you hanging, but I wouldn't have it any other way.  Why?  Because Devon was in denial.  What she did in the ending signified that she has finally and completely snapped out of her state of denial and finally ready to face the truth and result of her actions and decisions.
I knew what I was going up against when I started to read this book.  I knew that as a book that writes about such a serious issue, I have to take this book seriously.  And to take this book seriously, I have to get past the words themselves and understand what this book is really about.  Of course it involves neonaticide, but the whole point is exactly what goes inside a DBP's mind, and how she copes with it after.