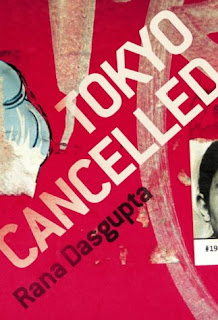 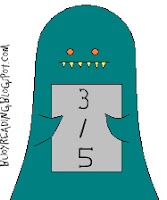 Stories within a story, this book featured 13 stories as told by 13 stranded travelers when their flight to Tokyo was canceled due to an epic snowstorm.  These tourists, looking to pass the time and recognizing the need for companionship and understanding that they need to get along with each other, if only for a few hours until their flight resumes, tells stories to each other as a means of entertainment.
The stories and the order in which they were told are as follows:
The Tailor
The Memory Editor
The Billionaire's Sleep
The House of the Frankfurt Mapmaker
The Store on Madison Avenue
The Flyover
The Speed Bump
The Doll
The Rendezvous in Istanbul
The Changeling
The Bargain in the Dungeon
The Lucky Ear Cleaner
The Recycler of Dreams
The stories remind me of how children would make stories on their own, which starts very interesting then changes to the odd and quirky as it progresses, to something downright impossible.  Outrageously out of this world, sometimes vague and ambiguous, sometimes schizophrenic.  The reader, depending upon his/her preference, would either be amazed at the work of pure imagination and ingenuity of the author to have written such stories, or would feel lost amidst the seemingly improbable to the downright grotesque writing.  For my part, this is a go-to book for weirdly gripping tales - tall tales for the adult readers, told and read for the sake of telling and reading a story.
The first few stories were interesting, the writing and language well-used and very intelligible.  However, I can't help but think that digression has been present on almost all stories, focus lost on the main issues of the plot and the characters and instead the flow shifts directions into the bizarre.  Not just once did I get grossed out on some scenes, and although they could have been very dramatic and imaginative, I can't help thinking that most were just an amalgamation of the classic fairy tales set in an ultra-modern setting, with strange and disturbing twists, and with only moral lessons revealed.
I read in some reviews that this book compares to Chaucer's Canterbury Tales or to the Arabian Nights, and although some stories do make some sense, comparing it to the above classics is too much.  I remembered studying those stories in school and I've always been so fascinated with them.  They teach a lot of virtues and the adventures were vividly and thoughtfully written.  The stories in Tokyo Cancelled on the other hand, I could not imagine doing a paper on, let alone reading it in class.
Overall, I would reiterate what I said above:  The stories within this book are, in my opinion, as good as short stories could go.  A reader may find him/herself swimming in an ocean of words and loving every minute of it, or getting drowned with bizarre and conflicting storylines.  It all depends upon how much his/her imagination can take and how much he/she can allow to get in his/her head.