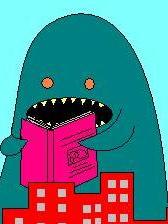 I've finally decided on a name!  I know it does not suit him, but I wanted to make his name as snobbish and phony as possible, and I also wanted it to be immediately associated with books:  Austen for Jane Austen, Robin for Robin Hood, Gaiman for Neil Gaiman, and Holden for Holden Caulfield.  I just added the III at the end to make it sound really phony.  His nickname, though, suits him better: ARGH! 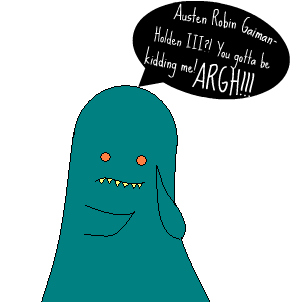 Told you his nickname suits him :D
So that's it!  I now have a name for my monster, and this blog's mascot.  See more of ARGH in future posts!