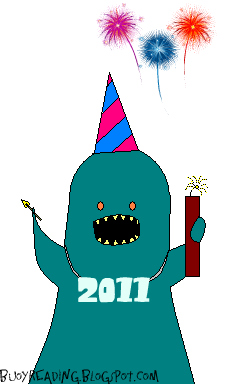 Okay, so I have only been blogging for just barely over a month, but hey, in that time, I've read 29 books and reviewed 34 (some books I've read earlier than November).  I got 115 followers and made some friends, found some really interesting books to read and upcoming titles to watch out for.  The year is ending and I would like to end it with a bang by sharing not my top favorite books of this year - you already know that (the blog footer will give you an idea) - but let's do something new, I'm sharing my top favorite book characters for 2010!

I am going to base my favorites on the books I've read this year, and you know what they are, if you don't, you may check them out here.

5.  John Sampson from Kiss the Girls by James Patterson.  He was strong, brave, mean, and loyal.  And he's got a good sense of humor too.

4.  Parker from The Bermudez Triangle by Maureen Johnson.  He was the perfect 'not boyfriend boyfriend' and he's such a great friend as well.  I would love to have him as a friend if he were a real person, maybe even my boyfriend! (Let's hope The Boyfriend does not read this)

3.   Cyril Bartholomew from Flavor of the Week by Tucker Shaw.  I love that he can cook and he's big and he's really, really smart.  He's a great friend and an even better cook and if he were real, I'd totally bug him for his recipes.

2.  Quentin "Q" Jacobsen from Paper Towns by John Green.  He's very intelligent and loyal to his friends.  I love how he managed to figure out the mystery surrounding Margo's disappearance and how he managed to keep a clear head through most of what he went through.  He'd make a really great team leader and I'd love to be on his team.

1.  Dash from Dash and Lily's Book of Dares by Rachel Cohn and David Levithan.  He is my new hero!  I love everything he says and I plan to use it in my own daily conversations.  Check these out:


"I was horribly bookish, to the point of coming right out and saying it, which I knew was not socially acceptable..."
"The drapery was so thick and the furniture so cloaked that I half expected to find Sherlock Holmes thumb-wrestling with Jane Austen in the corner."

He's got sarcasm and dry wit down to a tee and I would LOVE a friend like that - we'd spend hours to see if we could out-talk and outwit each other.

5.  Sasha from What If... All the Rumors Were True by Liz Ruckdeschel and Sara James.  She's this well-rounded pretty girl who can play soccer like mad, play music like a genius, and do school with flying colors.  She's so friendly and beautiful and down-to-earth and what person does not want that?

4.  Phoebe from The Memory Keeper's Daughter by Kim Edwards.  Phoebe has Down syndrome in the story but it does not stop her from being the most lovable character in the book.  Her innocence and common sense makes her a very easy person to be with.

3.  Nina Bermudez from The Bermudez Triangle by Maureen Johnson.  Let's just say she's mainly one of my favorites because we have the same names!  And she's very smart and driven and has really great leadership qualities.  Someone I'd love to be with under very critical situations.

2.  Grace from Delirium by Lauren Oliver.  She's Lena's young cousin.  She does not speak and only Lena has heard her talk.  She knows what she wants for herself and she protects the people she loves in a fierce, yet silent manner.

1.  Liesel Meminger from The Book Thief by Markus Zusak.  She's such a brave girl.  She's been through a lot in the story and she was still able to hold her own and roll with the punches.  Her strength of character is very admirable  because of the experiences she had in her life.

These two characters are gay and proud of that fact.  They do not let their sexuality affect their lives - in fact it's what helps them give their best in everything they do.  They're both kickass athletes, creative artists, fiercely loyal friends, and all-around great people.


----------
Before wrapping up this post, I would also like to honor this book that has become the most significant book for me in 2010, not really the favorite-favorite, although I do love this book a lot, but because this was what pushed me to make a book blog in the first place, and this book was also the first one I reviewed on here.  The Significant Book of 2010 goes to: 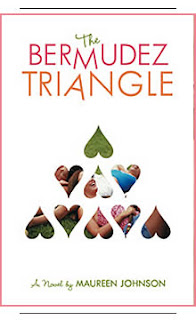 The Bermudez Triangle by Maureen Johnson
I would forever remember this book as the one that started it all - bloggers this is what you should blame for my blogging about books in the first place.
That's it, expect that next year the list would be longer and better, as it would definitely reflect a whole new year of reading and blogging.  A Happy New Year to us all!