We've got a new interview with a great writer, Richard L. Mabry, M.D., the genius behind the Prescription for Trouble series.  Awesome Author is where I do interviews with writers of some of my favorite books, and some of the most fabulous authors out there!

Today is a very special day for Richard as it's the release date for the newest book off his medical thriller series, Prescription for Trouble.  Diagnosis Death is about a young doctor who gets embroiled in a series of deaths of critically-ill patients.  So to celebrate this great day, I am going to treat you to an awesome interview with this awesome author. 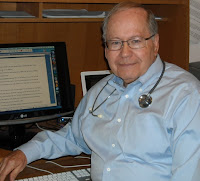 The idea to interview authors was formed when one author commented on a review I posted on my blog and apparently, he liked it so much that it gave me the courage to ask some of my favorite authors to do an interview.  And do you know which writer I was referring to above?  It's none other than the one we're interviewing today!  I read the third book in his Prescription for Trouble series, Diagnosis Death.  His books, though in a series, can be perfectly read on its own, but to appreciate it more, you'd be better off reading the other books as well.  He writes mostly medical thrillers and if you read my review of Diagnosis Death, you'll definitely get hooked and would want to read the rest of the books.  Diagnosis Death

is going to be released today so go get yourself a copy now! 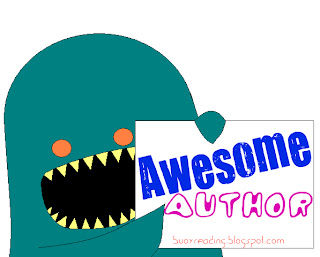 
Tell us about your books.

My first book was a non-fiction one, The Tender Scar:  Life After The Death Of A Spouse (Kregel Publishers, 1996), written after the death of my first wife. As I tried to learn the craft of writing preparatory to putting that book together, several authors of Christian fiction encouraged me to try my hand there. After four years spent writing four novels that garnered forty rejections, I finally hit on the particular type of fiction—what I call “medical suspense with heart”—that I enjoyed writing and people seemed to like.  Diagnosis Death, the third of the four-book Prescription For Trouble series, will be released about April 1.

What made you decide to use mercy killing as a topic in Diagnosis Death?

A physician whom I know, practicing in another city, was accused of euthanasia about the time I started writing the book. I intended to include the decision of a family to discontinue life support in the novel, because I’ve been there myself and know the emotional trauma that goes with it. I put the two together, and that was the beginning of Diagnosis Death.

How were you able to come up with such effectively frightening events in the book?  The phone calls, the little messages, they were all so very simple but equally scary.

Some of my friends—Brandilyn Collins, for example—write what I call “sleep with the lights on suspense.” I prefer to make my novels “sleep with the lights off suspense,” so I try to include things that are worrisome and even dangerous, but not likely to cause nightmares. Where do I get the ideas? I suppose I just follow the advice of Donald Maass: think of the worst thing that could happen to your protagonist, then make it even worse.

There are two types of writers: those who admit they run up against a dead end in their writing and those who’ll lie about it. Seriously, all writers run dry at times. For me, I put the work aside and do something else not related to writing. My favorite activity at these times is reading the work of some of my favorite writers, not to steal their ideas but to relax my own mind. Quite often I’ll awaken in a day or so with the solution that gets me past my block. Stephen King calls this “Letting the boys in the basement work.” And it’s worked for me.

What is one book that you think everybody should read?

The Bible. If you mean a book that will be meaningful for readers, I was deeply touched by my colleague Christa Allan’s novel, Walking On Broken Glass, a sensitive work that deals with alcoholism. For writers, I have a two-foot section in my bookcase devoted to books on writing, and there’s no dust on any of them. For fun, writers should read Lawrence Block’s Telling Lies For Fun And Profit. For the craft of fiction, start with James Scott Bell’s Plot and Structure.

I began to write fiction because it gave me a reason to get up in the morning after I retired from medicine. I still go to work in the morning, but my commute is down the hall to my office with a cup of coffee, and I can work in my bathrobe if I want to.

What do you love least about writing?

Deadlines, especially when you hustle to meet them and then the publisher drags their feet with the publishing process. Bad reviews, and believe me, they come—I learned early on not to get too high or too low after reading reviews.  People who say, “You know, I may write a book myself.” Good luck, and let’s see how long you stay at it. Conversely, my hat is off to those who do produce one book, then two and three. They can call themselves writers, not wannabes.

What do you do before writing?

Do you have a ritual that you must do every time before you write? Not really, at least not before I write. Once I start, I go back and read the preceding chapter I wrote, editing it as I go. That way, I get back into the flow of the story, and there’s less editing to do at the end of the story.

When are you able to write best, mornings or evenings?

Mornings, definitely. If I try to write in the evening, I find it difficult to sleep, while writing in the morning makes me feel better about being productive that day. Evenings are family time with Kay, often watching a movie on DVD or recorded sitcoms.

When you were younger, did you ever see yourself as a writer?  If not, what did you see yourself doing in your age right now?  If yes, did you picture yourself writing these medical thrillers or you used to favor other genres?

I never pictured myself as a writer, not even of medical papers or medical textbooks, although I ended up authoring over a hundred of the former and writing or editing eight of the latter. Then again, the circumstances that got me into writing weren’t on my horizon at that time, either. I’ve read thrillers, suspense novels, and police procedurals all my life, but avoided medical mysteries the same way I avoided medical dramas on TV, figuring I got enough of that in my practice.

What advice can you give for amateur writers?

Learn the craft, and never stop learning it. Practice writing, have it read by someone who knows what they’re talking about it, edit it, and write some more. Editors tell me it takes writing three novels before authors start to “get it.” Don’t give up. Persistence pays.

What advice can you give younger doctors and nurses?

I presume you mean as regards writing. To answer, I’ll cite my friend, colleague, and New York Times bestselling author, Dr. Michael Palmer. He knew Dr. Robin Cook from the time of their medical training, and when Robin’s classic novel, Coma , was published, Michael decided, “If Robin can write one, I can, too.” It wasn’t that simple, but he persevered and was eventually published. Turn that one around a bit. “If Richard Mabry (or Harry Krause or Candace Calvert) can write a book, I can, too.” If that’s what you want to do, start right now. It can be done.

Thank you very much Richard for doing this interview!